The Western Caucasus mountains were in their glory this morning. Majestic white pinnacles against the blue cloudless sky. A great day for downhill.

The clear night and spring-like conditions meant the race track was firm and fast for the opening races of the 2016 Championships.

With a running time of just over 1:10, while short, there is quite a bit packed into this downhill. Set by former Canadian coach Urban Planinsek who now leads the Russian Alpine Team, he used the entire hill with a set that swung rhythmically and continuously from start to finish. A moment of inattention and you are off the course. The key section is the “Russian Trampoline” which traverses below the gondola in a blind approach before the hill plunges away into a round-house turn which opens the track to the lower reaches of the race course. Aggression and precision were key.

The surface started hard, but softened as the sun warmed the track. One reason for the early start with the first athlete on the course at 9:00am.

It was certainly North America’s day.

In the ladies race, Canadian Valerie Grenier made good use of her World Cup experience with rougher tracks to ski from a relatively high start position (#12) to scoop the gold. Grenier adds to the World Junior superG bronze from 2015. Stefanie Fleckenstein of the BC Ski Team placed 20th.

Emphasizing that early numbers were the key, American Erik Arvidsson blistered the course from position #1 to take the gold – a nice birthday present to his father, Par (who was in the crowd of parents attending). It was a stellar day for the US, placing four athletes in the top 10. 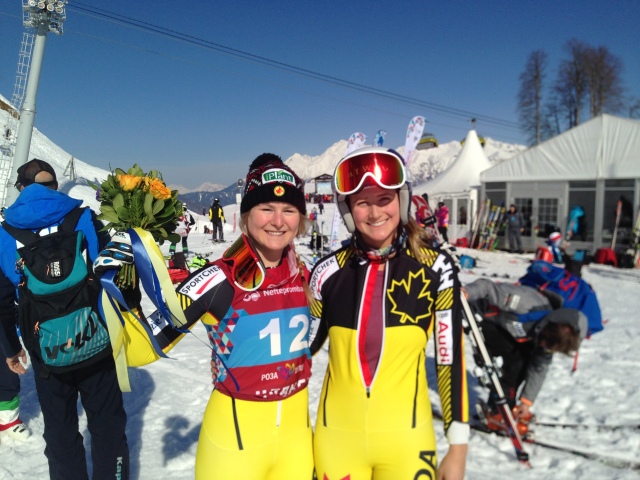 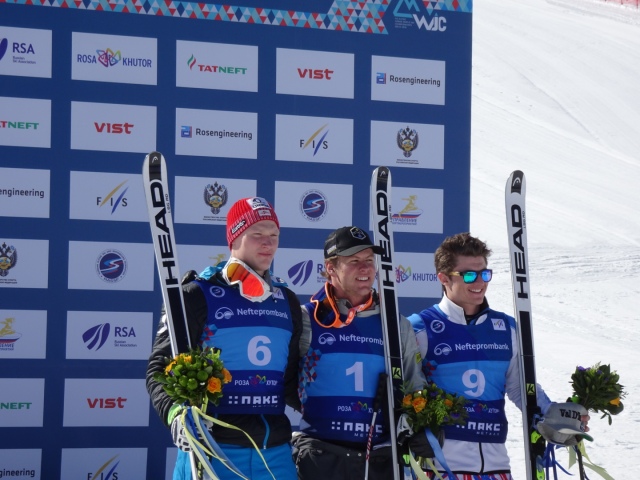