World Juniors Update: That, was tough. 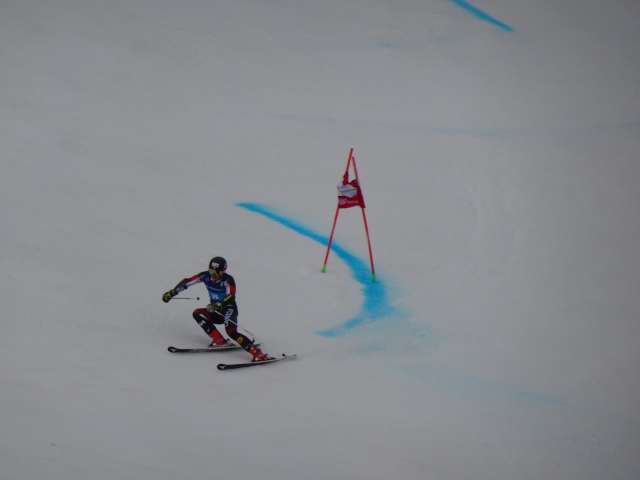 More than 50% of the field failed to navigate through one, tough day of ski racing.

It was the men’s turn to open the tech events with the giant slalom and the continuing warm weather impacted on the steep “Russian Trampoline” pitch making it a springboard for many early exits from the race.

The upper part of the giant slalom is steep and unrelenting. It was impossible to build a smooth surface, so athleticism on the skis was a crucial asset. After 20 or so turns the slope transitions to rolling much flatter terrain and as is typical in Europe, the sets have offset requiring the athlete to keep moving through the turn. It was unrelenting right to the finish.

In the first run the early start numbers made good use of the somewhat smoother slope – there were still plenty of spectacular recoveries. But then the course began to deteriorate and survival was the game.

The spring-like snow has been worked over with salt. It’s a good thing this was the last race on the hill. The snow is done.

Action now moves to the upper slopes for the two slalom races that will now take place on the upper portion of the speed track. The move from the original slalom hill is a consequence the weather and the view that we could have a very high attrition rate. The slalom leg of the alpine combined had to be reset three times to fit in the minimum number of gates – because the hill was so steep.

Both slaloms will be held Friday in the hopes we can get them done before the rain begins. The Nations Team Event is slated for Saturday, the last day of the 2016 Championship.

There is a tight battle for the prestigious Marc Hodler Cup, recognizing the leading junior nation. Austrian and Switzerland are tied with 73 points. Canada now sits 3rd (47), followed closely by Slovenia (46) and France (45). The US is 6th (33). Defending champion Norway is currently 8th (24).

Here is a link to the full standings: http://data.fis-ski.com/dynamic/marc-hodler-trophy.html?seasoncode=2016&sectorcode=AL 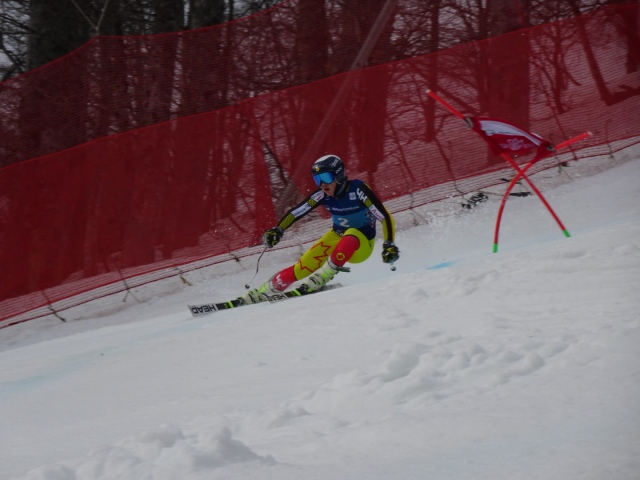