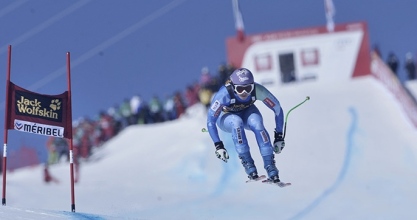 One of the hotter topics this past week at the FIS Congress was the debate over a new starting format for speed events of downhill and super G.

Under a very clear directive from FIS Council, the alpine community was to come up with a new format aimed to boost the TV audience interest in the marquee event of the Olympics and World Championships.

A variety of different concepts where presented. Each targeted a different aspect – to give the top athletes a choice, to cluster the best for fairness, to stretch the “sweet spot” (where the top athletes race, where the viewing audience is the highest), or use the last training run to rank athletes.

The Athletes Commission weighed in with the perspectives of the leading athletes of the Tour, with two key requests: 1) to give the top 15 athletes the right to choose their number and 2) keep the best athletes as close together as possible, for fairness in competition.

So why was a change even considered?

In the highly competitive world of protecting and building a TV audience, our sport is keeping tabs on the attitudes of TV broadcasters. We want to be sure audiences remain enthusiastic about our product. Viewing numbers for alpine skiing remain strong with the highest ever recorded numbers this past season (a season total of more than 3.3 billion viewers). But what the audience is watching is evolving. Measuring competitions by media impact per race, the pecking order in the ski racing world is now 1) slalom 2) giant slalom and 3) city event 4) alpine combined and 5) downhill. 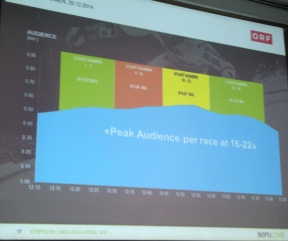 Tracking of audiences during a downhill broadcast this past season identified a weaknesses in the speed events: taking too long to get to the core of the show. In countries that follow ski racing closely TV audiences have a steady upward increase in the audience from start #1 to the “sweet spot” between numbers 16 and 22 where the top seven athletes are drawn, followed by a slow decline to the end of the show.

It is clear the positioning of the best athletes drives those who watch. The delicate balance is to maintain athletic integrity (a fair race) with the desire to keep an audience watching the race for as long as possible to the benefit of the host ski resort and sponsors who provide essential funding for both competition and prize money.

Discussion zeroed in on the proposals from Canada and Austria. Both offered choice of start position to the top 10 ranked athletes, which mostly met the request coming from the athletes. In the end, the recommendation to FIS Council was to support the Austrian proposal.

Now the newly minted start order must be seen as a proposal to improve ski racing. National sentiments must be set aside, to make this the best possible competitive environment for our spectators on site, TV audiences around the world,  but most important: for our athletes.

To summarize the new starting order for the top 30 athletes entered in a World Cup or World Championship downhill or super G:

The start order concept meets the second request of the athletes, as the top athletes now choose and will likely ‘cluster’ their starting order preferences.

The worlds best will choose from what is seen as the prime start position, a right earned from their results. All the top athletes will appear in the first 20 starting positions, to drive greater excitement and presumably TV audience earlier in the show.

It may make it a little tougher for up and coming athletes to challenge the best. The “old” system placed the top athletes between start positions 16 and 22, not always the best numbers with the 2nd group of eight athletes placed in positions 8 to 15. And seven athletes ranked between 15 and 30 had a chance for early bibs between start numbers 1 to 7, which in many races was a gift.

No doubt the added feature of choice rather than random draw makes a difference. It brings into focus the variables facing the athlete: weather, durability of the track, sun or shadow, how much gliding – a mix that has always challenged and perplexed. The opening downhill at Lake Louise will be an excellent test case: early numbers have the pristine course, later numbers the potential advantage of higher speed from a run-in track.

Now Lindsay Vonn and Peter Fill (downhill); Laura Gut and Aleksander Aamodt Kilde (Super G) get first dibbs on what they determine to be the best start position to win.

In my view, the ‘koenig disziplin‘ of ski racing, just got a little more exciting.

* TV audience and viewing statistics provided to the FIS by Repucom.