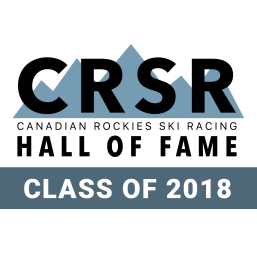 Nearly fourty years ago, the urgent call went out for volunteers to help stage Canada’s first-ever World Cup downhill at Lake Louise in March/1980. Calgary had just announced the intention to bid for the 1988 Olympic Winter Games. The final World Cup of the season in Europe had been cancelled and was awarded to Canada. In a four-week window, it was an opportunity to put the Canadian Rockies on the ski racing map and demonstrate our capacity to host major events.

Rob Imbrogno was one of hundreds of volunteers who responded to the urgent call.

There are very few volunteers in the world that can include 108 World Cup races, 117 Nor-Am races and the full program of the XV Olympic Winter Games on their resume. All launched from a request to build a radio communication network for that inaugural World Cup event.

“I’ve been involved in World Cup and Nor-Am races in so many various capacities over 39 years,” said Rob. “Chief of Radio Communications and Data Services, Executive Director of Infrastructure, Director of Marketing and now Managing Director and CEO for Winterstart Events Ltd. Volunteering has allowed me to see the world through ski racing, get involved with some special events – especially the 1988 Olympics, but most important has been the thrill of watching young Canadian ski racers make the podium at Lake Louise.”

Rob is quick to recognize that it takes a Team to build an annual event that includes five World Cup and five Nor-Am starts. “As the saying goes, ‘it takes a village’, continued Rob. “A village that includes volunteers that really get involved. Individuals that can share their expertise, so that young ski racers can have a future in ski racing. We need to ensure that the dreams of young ski racers are realized.”

“I am grateful to the many key individuals who had confidence in me throughout the time I’ve been involved with the World Cup and ski racing’, said our Honoured Volunteer. “. Leaders including John Cassels (2017 Builder), Darrell MacLauchlan (2014 Builder), Bruce Hamstead and Dave Pym have influenced me in both the sport and business side of ski racing. These amazing individuals have become my friends and mentors.”

His dedication to athletes and the hard work that goes on behind the scene to build an annual World Cup is what motivates Rob and the crew he leads. His message to the athletes who benefit from the volunteers who invest thousands of hours to build the track: “Work hard and take advantage of all the opportunities available to you. Never forget those that have helped you along the way. When you have completed your racing career pay it forward by volunteering or coaching so that you can build a legacy for the next generation to succeed.”

“Ski racing has allowed me to witness history-making events in sport.” And for our Honoured Lifetime Volunteer, 2018 will write another chapter, as the world returns to Lake Louise for another Winterstart World Cup and Calgary is poised to bid for the 2026 Olympic and Paralympic Winter Games.

For the record, the Lake Louise Winterstart World Cup has been responsible for successfully organizing 108 World Cup starts (72 Ladies races and 36 Men’s races). This is second only to Kitzbuhel, a remarkable achievement for a committed, talented and passionate group of volunteers.”

The Canadian Rockies Ski Racing Hall of Fame is pleased to recognize Rob Imbrogno, our 2018 Honoured Volunteer, a dedicated leader whose four decades of commitment has built this remarkable ski racing legacy at Lake Louise, with a reputation as one of the world’s best sporting events.

The 2018 Class will be inducted at the Highest Peak Gala, hosted at the Hotel Arts in Calgary on Tuesday, October 30th. This event was first held in 1968, to support ski racing excellence in Alberta and western Canada. The Canadian Rockies Ski Racing Hall of Fame event is a legacy event with the goal to support future champions in the province, with all proceeds invested into Alberta Ski Racing programs.