We are still winners.

It was a healthy debate, full of passion. We pushed and prodded the merits of hosting a major sporting event. And while the outcome may not have been what many would have liked, the topic of sport – specifically Olympic and Paralympic sport, took centre stage.

A decision was reached. And sport carries on. 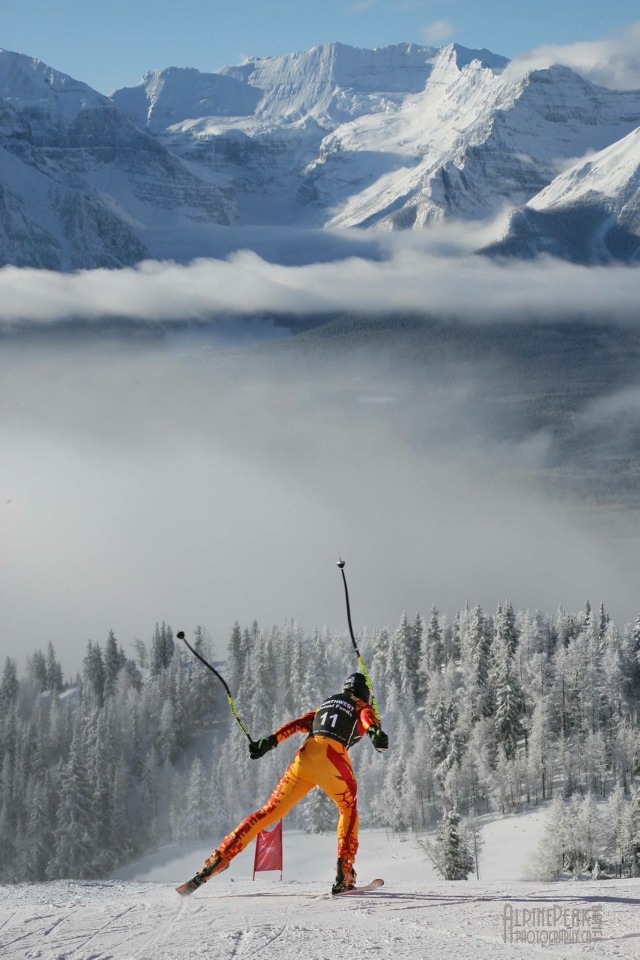 The sport community is so much more than just the Games. While the discussion raged on, Calgary was hosting the opening Short Track Speed Skating World Cup of the season at the Olympic Oval. Biathletes were battling it out at the Canmore Nordic Centre, in time trails to determine who will make up the World Cup and IBU Cup Teams.

And closest to my heart, alpine ski racers were putting final polish to more than six months of preparation. Our local mountains are alive with athletes, training to the west of us – Nakiska, Panorama, Norquay, Lake Louise – and hundreds more down in Colorado.

They had their hopes up. Who wouldn’t want to have a major event at home? But we move on.

This is a World Championship year. An event tougher than the Olympic Winter Games, as is every single World Cup event. So the effort must be invested, the senses sharpened and a relentless effort – every day, every week for the next fourteen – to aim to be the best.

It is very hard to convey the flavour of what our elite athletes invest to aim for the podium, to aim to represent us in the best possible way.

It’s a cycle that started in April, on the heels of the past season, to make use of the exceptional snow conditions in the Canadian Rockies. Training on rock-hard snow to hone technique, explore the nuances of equipment, build capacity. Yes, after a long winter of racing, ski racers still invest even more after the racing is done, in the pursuit of excellence.

Then, the off-snow season begins. Hours of sweat at Canadian Sport Institute Calgary under the watchful eyes of athletic trainers, coaches, physios, nutritionists, sport physiologists and more. To build stamina, capacity and skill. 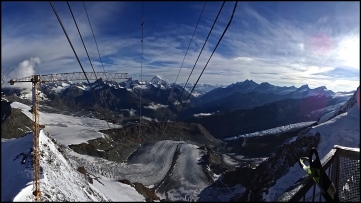 Summer becomes winter either on the glaciers of Europe or natural snow of the Southern Hemisphere. Very early mornings, often accompanied by spectacular sunrises at the rarefied altitudes. Important work invested into core skills. And it continues into the autumn months on the many glacier resorts of Europe, to fine-tune as the season hurtles towards the opening.

Hundreds of volunteers have poured tremendous effort into preparing the World Cup. As Calgarians were basking in +15c temperatures, they’ve been working in the snow running “A” net, “B” net, communications wiring, start and finish setups, working the surface to be world-class. An enormous mobilization of skill and hard work to prepare the opening downhill of the winter season – to be ready for the 1st training run on Wednesday, November 21.

At Lake Louise, over a three week period, the world’s best alpine ski racers will take nearly 1,000 runs on the Olympic Downhill. First the men’s World Cup, then the ladies, followed by the Nor-Am Tour for both genders.

Lake Louise has hosted the 2nd largest number of World Cup events, world-wide – behind the famous Hahnenkamm at Kitzbühel. No venue is as productive and supportive as Lake Louise, staging 16 days of training and racing.

And a story: one of the spectators will be a close friend, Peter Obernauer, a member of the Executive Committee for the Hahnenkamm Races at Kitzbühel.  Peter loves to visit Lake Louise. The beauty of the Canadian Rockies are a draw, as is the skiing and that everyone on the World Cup Tour is lodged in the Chateau Lake Louise. But he appreciates the effort invested by the race committee (having been the Chief of Race for the men’s downhill on the Hahnenkamm for many years). He appreciates the ambience of Canada’s World Cup and the ease with which all spectators and participants can move about the mountain to watch, cheer and celebrate.

“Your World Cup is very different than ours (at Kitzbühel) and I like it very much” said Peter to me last year. “You offer something we can’t. You have a special spirit and I hope you always will. Everyone works so hard. You overcome really big challenges as the first race and take such pride in doing so. I just love to be here and be part of this.”

The Lake Louise World Cup Race Committee epitomizes the spirit of sport. Selfless effort, tremendous pride and a relentless effort to provide a home environment for the Canadian Team — this is what we have built in Canada in our sport community. This is what motivates volunteers, officials, athletes and their families. This is why we are winners.

So let’s move on. Let’s focus on what we do very well – which is host great events. Let’s celebrate our athletes and the community that supports them in their quest to represent us. Let’s celebrate what we can bring to our local community, to our country and to international sport.

We hoped to welcome the world. Well, the world is now here. We didn’t need to wait eight years. Another 100 million+ viewers will be tuning in on TV over the coming weeks to watch a new season begin, possibly history being made and to take in the thrill of competitor against the mountain.

Come on out. Cheer on our best.

2 Responses to We are still winners.