Follow-up: The Sport and Education Pathway. 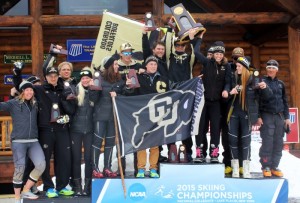 My post of August 4th resulted in feedback that prompted further reflection. It appears I was not clear about who finances an action plan for sport and education.

As the purpose of my posts are to prompt discussion and reflection, I would like to take a few weeks to write a response. At present, I’m in New Zealand with primary focus as management support in preparation for the ANC races which get underway shortly. These events will take priority for the next two weeks and I’ll use plane travel to work through the various (very good) questions raised.

I was raised in a household that placed a high value on education. Even in my pre-ski team days, the influence of athletes such as Bobby Cochran and Otto Tshudi, or later after retiring from the Ski Team from athletes such as Scott Hutcheson, Kathy Kriener and many others was enormous – watching them as high performance athletes blending Olympic aspirations while seeking an education, or as student-athletes on the NCAA circuit where ski racing was the pathway to a great education.

On a personal level, I attended university each spring for every year I spent on the Canadian Ski Team, save one. After a decade I had completed 2/3rds of my undergraduate degree and wrapped it up within a year of retiring from sport. I saw going to school in the spring as a part of my high-performance cycle. The mental break away from the intensity of skiing in the first seed.  The break that kept ski racing fresh. I’d do the six-week sessions from mid-May to the end of June and then was ready to plunge back in.

This experience taught me how challenging it truly is to be taken seriously by coaches and the system. Too often the default was the student-athlete was not “serious”.

While serving as CEO of Alpine Canada, I resolved that this discrimination would be eliminated. Our athletic staff implemented a pilot program the summers of 2003 and 2004 with the University of Calgary which offered courses to Team athletes during summer training at Farnham Glacier. One NCAA coach inquired if we would welcome back any athlete who met team criteria – and we confirmed we would. Patrick Biggs (attending Dartmouth at the time) went on to earned a Team spot the following winter and then placed 10th in his first World Cup race in Chamonix, France. The first of many World Cup top 30’s for Patrick.

One senior coach at the time was honest enough to admit he felt the pursuit of education was enough of a distraction that he would not support a student-athlete. As if striving to nail down a World Cup spot wasn’t tough enough already. Stack attitude against you and it basically becomes impossible.

But the good news: this has changed.

The goal of my blog is to stimulate discussion about the emerging pathway for athletes to the Team and World Cup. To seek out ways to support those athletes who still have a dream of representing Canada – who currently attend Laval, UVM, Dartmouth, UNH, UNM, Utah, Denver, Colorado, Montana and several more – and who are prepared to be serious about maintaining their athletic standards while securing their undergraduate degree. There are a dozen or more who want to follow in the footsteps of the pioneers of the high performance student-athlete pathway such as Patrick Biggs, Trevor Philp, David Donaldson and Anna Goodman – who have earned spots at higher levels.

We want the Canadian NCAA athletes to keep racing. We need their experience. They bring depth to the Nor-Am circuit. The are a positive example to the next generation of aspiring young athletes in our ski clubs. They build confidence in mom’s and dad’s across the country who question if they want their kids to pursue ski racing at the cost of a good education – giving them hope that the pursuit of excellence can be a great teacher of life skills and the life of a student-athlete may well be the core training that prepares them for success.

We want to maintain the passion and keep the dream alive.

More thoughts in a few weeks.

1 Response to Follow-up: The Sport and Education Pathway.