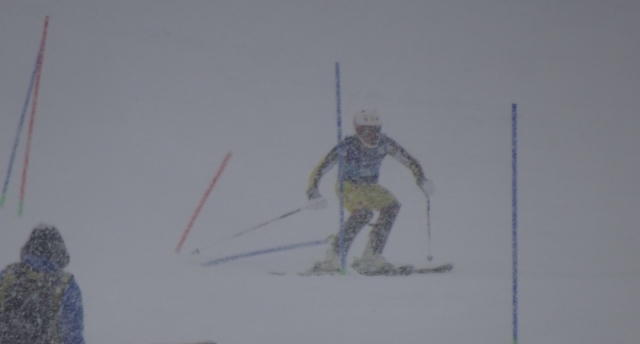 It was the final day: slalom events for both men and ladies and the race to the wire for the Marc Hodler Trophy to crown the leading junior ski nation for 2016.

If only the weather forecast could have given us a break. The athletes faced every curve: pounding rain, fog, heavy wet snow, pellets and a challenging snow surface that made it a rodeo ride to the finish.

The conditions were tough. The ladies race started in heavy snow which slowly deteriorated as the run progressed to the point where it was nearly impossible to see the athletes on the track. The first several men faced the same and then the snowfall eased off slightly. Ironically, the weather cleared between runs before closing in again just as the second runs got underway.

Everyone just sucked it up and did their best. Athletes, coaches, the race crew – it was a real challenge, but not all that different that conditions the World Cup athletes were facing today in Kranjska Gora or Jasna. These athletes are attending the World Juniors to learn what it is like to ski race at the highest level – and sometimes conditions are brutal. You learn to face adversity and show your best.

The 2016 FIS Alpine Junior World Ski Championships are now in the record book. Our hosts welcomed us to Rosa Khutor with good humour, hard work and a visible pride in hosting the best young athletes in the world. We had more sun than bad weather. They met the challenge of warm temperatures and did their best to provide good competition slopes. Every race was televised live. It did take a few days to sort out live timing, but eventually it was in-place. Pageantry was at the level of any major event. The infrastructure of 2014 was put to good use.

The home team had their moments. Perhaps most memorable was in the Nations Team Event where Russia faced the powerful Austrians. Course workers and the crowd raucously voiced their approval when the first two races went to Russia, and visible disappointment when their athletes came up short in the second two – and to lose by only .02 resulted in an audible moan and then cheering for their team. They cheered on their athletes when on slope. These are a proud people. They wanted to show off their mountain and their expertise. Спасибо (“spa-see-ba”) – Thank-You.

Austria returned to the top spot, taking the Marc Hodler Trophy with 97 points, over Switzerland with 88. Canada had a best ever placing, finishing 3rd with 58 points.

On a personal level, it was pretty cool to watch to young Croatian athletes ski with poise and maturity. We had the pleasure of training with the Croatian Ski Team this July in Zermatt and got to know the athletes and coaches including their top juniors Istok Rodes, who took gold and Elias Kolega who captured the bronze.

Jack Crawford closed out a stellar Championship, taking 5th in the slalom. Ali Nullmeyer showed poise to ski to 10th, which was 3rd place in the U18 rankings.

Canada’s 3rd place was a team effort by every athlete. Crawford and Grenier were the anchors – Grenier with her dominance of the speed with gold and silver; Crawford with his consistent performances along with his silver medal in superG. Brodie Seger posted eighth in the GS and sold results in speed. The Nations Cup Team of Crawford, Grenier, Nullmeyer and Jeff Read placed 7th. Nullmeyer’s 10th in slalom. Mikela Tommy was well positioned for a potential medal in GS, but was a victim of the rough conditions in her first race since January. Stefanie Fleckenstein was solid in speed and showed real grit in the tech events. Unfortunately Alexa Dlouhy was unable to travel to Sochi due to school commitments, or Canada would have been bolstered in the slalom.

Without question, this was a tough World Juniors. But alpine ski racing is tough – perhaps the most brutal winter sport. But that’s why we love it: it is not easy, it is incredibly competitive and it molds our athletes into leaders. We prepare for the next level up – the World Cup – by meeting the challenge head on. Gaining experience, becoming comfortable with a higher level of intensity, familiarizing with the athletes – to raise the bar and show our mettle.

That is how we build champions. 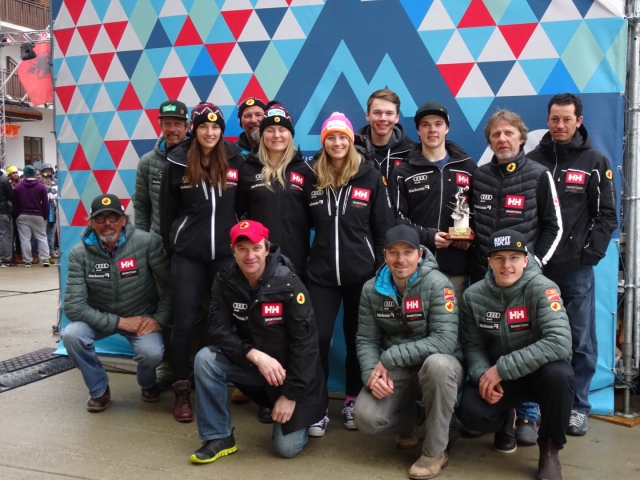 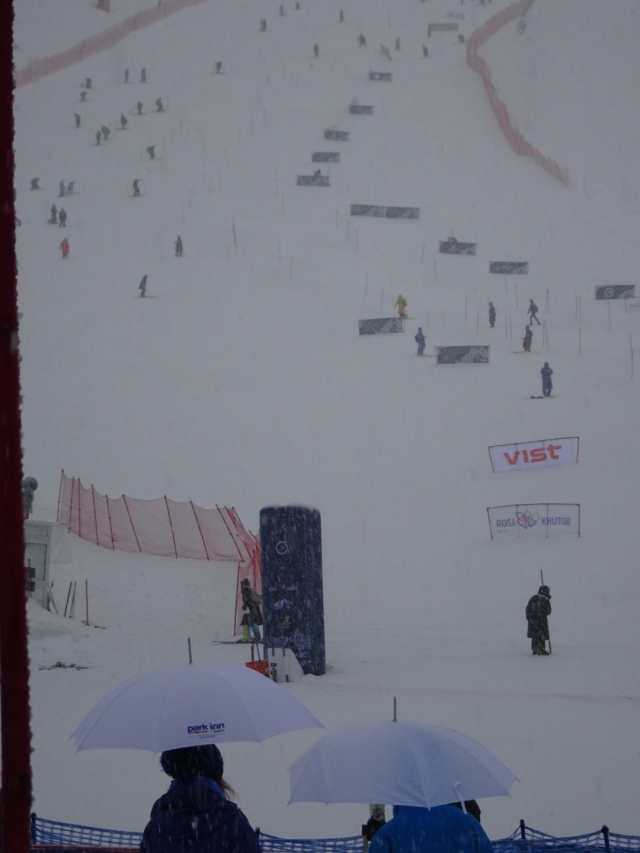