Nearly a year ago we started on an independent pathway in the world of ski racing. In a sport where the tradition of “Team” runs deep, to embark on this new journey was intimidating to say the least.

Several weeks later on an early July morning, we were at 3,900 metres with a crystal-clear sky surrounded by the Swiss Alps, dominated by the jagged peak of the Matterhorn. The snow was rock-hard corduroy. Below, the few coaches that had beaten us out to the slope were busy setting up their training lanes. The wind was calm and overnight temperatures had set the glacier snow for a great day of training.

How could one not be excited?

And thankful. Throughout this past season we have worked with so many who have been generous with their time, expertise, resources, enthusiasm  and support.

No pathway is ever “independent” in ski racing. A strong peer group can lift your performance and spirits. Good training always requires support of coaches: logistics, setup, on-hill and safety. There is always the ‘team behind the team’ of ski service and athletic support. Competitive peers bring honest competition, camaraderie – to work together, suffer together and live the journey together. And the precious support of friends and family builds confidence and sustainability.

The foundation of this past season has been the DU Pioneers: the University of Denver Ski Team – and their NCAA program of excellence. In the words of DU alumni Otto Tschudi “leading edge education and athletics works!” With a primary focus to be a leading school in NCAA competition, the coaches and alumni support go the extra mile to make World Cup and Nor-Am options work for their student-athletes. This approach has enabled a growing list of graduates to be part of their respective National Teams in World Cup races. The Lauberhorn slalom in Wengen this winter featured five current and alumni DU athletes, with four qualifying for the to-30 and going on to score World Cup points. 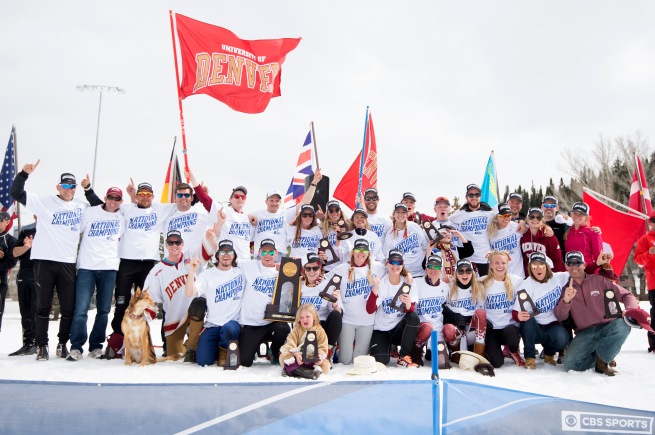 The early days of our journey – those early mornings in Zermatt – started with a friend who offered to help. Ivica Kostelić and the entire Croatian Ski Team welcomed us into their world at a time when a vote of confidence was sorely needed. To train alongside a World Champion, to see first hand the philosophies that continue to produce successful ski racers, was a privilege. Ivica may be in the twilight of his incredible career, but his work ethic and determination have not diminished. Within their team, Filip Zubcic remains a top-30 GS athlete and Team Croatia took gold and bronze in the men’s slalom at the 2016 Junior World Ski Championships. Head coach Ante  Kostelić and his entire staff stepped up and gave us a great training environment.

The balance of the summer months saw many who were incredibly generous with their time, support and goodwill: Florian Jagodic and Marjan Cernigoj of Team Flo;  Guenther Birgmann and his Team at TCRA; Nils Coberger and Team New Zealand; Fiona & William Stevens in Queenstown and Gabi & Tim Robertson in Thredbo.

Our Provincial Sport Associations (PSO’s) play a critical role in the athlete development pathway of young talent. When an athlete moves beyond the Provincial Ski Team, all the PSO’s continue to play a key role – welcoming NCAA athletes into training groups as a positive resource to mentor their current  Ski Teams and deepen the quality of races in addition to the ongoing (and very important) mechanics of race entries, transporting of equipment. They understand retaining athletes in our sport is a good thing. Alberta Alpine and all the Alberta Ski Team coaches have stepped up to provide this training environment and logistical support – seamlessly, and efficiently – for us and many other Alberta athletes competing in NCAA. Thank you Nigel Loring, Cam Stephen and your team of coaches.

The foundation in our sport is always the ski club. This is an athletes “home”, where ski racing careers start and it remains the core ‘family’ that is always there. We are so fortunate to have the backing of the Banff Alpine Racers – Pete Bosinger and Luke Patterson – along with a hugely supportive home mountain: Banff Mount Norquay and Andre Quenneville – all who have gone the extra mile several times for ski testing, early morning training sessions and quality training opportunities. A full welcome to train at any time.

Transitioning in and out of World Cup is not easy. The coaches and support team of the Canadian Ski Team World Cup Combi Group have been great. Welcoming and supportive, which has made each foray into the highest level a step forward. Thanks to Paolo Deflorian, Richard Jagger & Team for continuing to believe and to invest their expertise to make it happen. To receive carding support through Alpine Canada, access to train off-snow with the Team and support of so many at Canadian Sport Institute Calgary was a privilege that was appreciated.

This year it was awesome to experience how passionate so many people are about our sport. Their desire to help our athletes be successful is nothing short of … inspiring. The support is always there. It’s in our DNA. It’s deeply embedded in the culture of the Canadian ski family – right across the country.

Our goal was to approach this season differently. Start with an objective review of past seasons. Use this experience to develop an individualized program that would build a strong platform on and off the snow. Set clear performance goals. Build appropriate intensity at the right time. Gaps were identified with considerable thought put into ways to address them. We assembled an integrated support team of key individuals, so a special word of thanks to Dr. Jim Taylor and Louise Vien.

The generosity of so many who have expressed their support in wide variety of ways instilled both confidence and a sense of mission. We are very grateful for the continued generous support of partners from the ski industry: Fischer, Leki and UVEX. All are passionate supporters who want to see athletes succeed on the world stage.

And most important of all has been the bedrock of support from family and close friends. We cannot say thank you enough for your support and confidence.

There have been highs and lows. That, is the nature of sport.

The bar always moves higher every year. We’ve faced plenty of unexpected hurdles, but they are just that: bumps in the road. Work hard, find solutions and overcome them. Be patient. Focus on the right stuff. Remember why you are out on the hill. Look about you, revel in the glory of the ski racing environment of mountains, snow and the thrill of competition.

This is a long road. There are many more chapters to be written in this journey. We are coming to the end of another season in our extraordinary sport. It’s a brutal sport. Arguably the toughest and most competitive in the winter sport world. And that’s why we love it. We do not shy away from tough, from difficult. We embrace it. Challenge it. Seek to overcome it, because it is tough.

So when you have that moment where the wind is calm, the air is clear, the mountains or hills are etched sharply against that blue sky and white snow – be it on a training slope on a riverbank, on a glacier in Switzerland, a race in the Andes or Rockies – anywhere in our ski racing world – drink it in.

We are all so fortunate to call skiing our sport, ski racing our family.